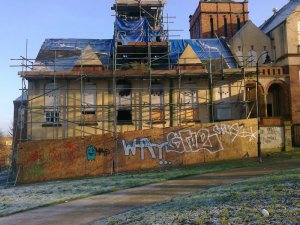 There is a lot going on in this academic treatise.

Kent analyses the development of Scientology according to the ideas of the Sociologist Rodney Stark. Stark has constructed a theoretical model that tries to explain why new religions succeed or fail .

Kent concludes that, according to Stark’s model,  Scientology in Europe and the US is in decline, and the long-term prognosis is terminal.

Kent is not the only academic to have applied this theory to Scientology.  Religious scholar James R Lewis has also done so in a book simply entitled “Scientology” (which has been widely criticized as an apologist work).

In this paper, Kent also critiques Lewis’ conclusions, both on matters of fact and interpretation.

Kent’s examination of Scientology according to Stark’s model is very revealing. Scientology fails to satisfy almost all of Stark’s conditions for long-term survival, including the need to:

Kent on the Decline of Scientology
Read Online | Download as .pdf

Kent on the Decline of Scientology

Kent’s argument originated as a lecture, and was published, in a revised form, as a chapter in a book sponsored by the German government.

2011 | Dialog in Konfrontation… und die Wahrheit wird ecuh frei machen | Chapter 11 Stephen A Kent| The Decline of Scientology
Revised version of lecture entitled: The European Versus American Debate over Scientology, and Why Scientology is Dying, delivered at the Conference on Cults, Dialog Center Berlin on July 8, 2009
Read Online | Download as .pdf

Stark also wrote a book “The Future of Religion” with another prominent sociologist, William Simms Bainbridge, which included a chapter about Scientology entitled “Scientology: to be Perfectly Clear“. Follow either of the  links in this paragraph to read that chapter.