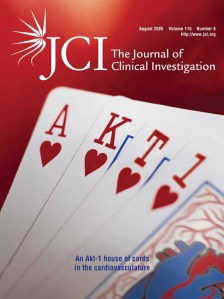 For a time around  2005, the film actor Tom Cruise  took it upon himself to  promote Scientology’s aggressive hostility to psychiatry and psychiatric medication in media interviews.

In a masterpiece of understatement, this article in The Journal of Clinical Investigation examines many of of the statements that Cruise made at this time (and also refers to  L Ron Hubbard’s writings).

It concludes that  there was no rational medical foundation for his advice,  and that attempting to follow it was potentially hazardous to health. Consequently the medially qualified author characterised the (unqualified) actor’s behaviour as ‘dangerous and irresponsible’.

Some people may raise an eyebrow at such an uncompromising condemnation. I don’t blame them. It is reasonable to doubt that a highly-motived  film actor who caters to a mass market (and depends on the goodwill of the public) would risk his career by promoting dangerous pseudo-medical practices. This is why I have added  links to one of the interviews that is analysed in the article below. Watch, and judge for yourself.

This  interview also demonstrates the tactics that Scientologists are trained to use in ‘debate’ – including the use of assertion rather than argument and evidence – for example when Cruise insists,  “You don’t understand Psychiatry, I do”.

The problem, from Scientology’s point of view, is that they cannot explain why they really believe that Psychiatry is such a bad thing without bringing up secret teaching which they are not allowed to discuss (even among themselves) . Instead, they are forced to rely on unconvincing rhetorical devices.

Critics take a more down to earth view of Scientology’s approach to this issue. After L Ron Hubbard published “Dianetics” (which he claimed could relieve almost any physical or mental disorder) it was immediately criticised by the medical establishment.  Hubbard perceived doctors and medical researchers as jealous rivals  – but especially psychiatrists (probably because so much of Dianetics was plagiarised from psychoanalysis).

It is difficult to understate the depth of Hubbard’s paranoid hatred of psychiatry. We will let Hubbard speak for himself, too:

A psychiatrist today has the power to (1) take a fancy to a woman (2) lead her to take wild treatment as a joke (3) drug and shock her to temporary insanity (4) incarnate [sic] her (5) use her sexually (6) sterilise her to prevent conception (7) kill her by a brain operation to prevent disclosure. And all with no fear of reprisal. Yet it is rape and murder… We want at least one bad mark on every psychiatrist in England, a murder, an assault, or a rape or more than one… This is Project Psychiatry. We will remove them.”
– L. Ron Hubbard, Sec ED, Office of LRH, Confidential, 22 February 1966, “Project Psychiatry”

Hubbard’s hatred of psychiatry is completely  integrated into the Church of Scientology, which maintains front groups (for example, the Citizens Commission on Human Rights – CCHR) to campaign against psychiatry and especially psychiatric medication.

This ingrained conspiracy theory also provides Scientology with a scapegoat for failures and a means of deflecting questions about their own beliefs and practices – techniques which Cruise heavily relied upon during his interview.

However, the ensuing controversy demonstrated that these tactics simply do not work in a open forum, especially when faced with a well-prepared professional interviewer like Matt Lauer. It was a PR calamity  for both Cruise and the Church of Scientology.

Psychiatry and Psychology in the Writings of L. Ron Hubbard