This is a screen grab from Narconon UK’s Facebook page (click to see a larger version) One entry, made on the 19th of July 2013 reads,

Update 25/11/2014 – This website now seems to be in permanent ‘maintenance mode’, and unavailable (for a possible reason, see Part three of this series). Luckily I saved it to The Wayback Machine (an Internet Archive) and it can be viewed here.

Close examination shows that this programme is not in fact provided by Narconon UK, but by another Narconon entity (Narconon Scotland) Although based in Scotland, it  operates throughout the UK

I have tracked the misleadingly-named  “New Centre in Scotland” down to a residential property on a Scottish housing estate. The “Self-help withdrawal programme” turns out to consist of a website  squarely aimed at people who are having difficulties with drugs and alcohol, and at their families.

Incredibly, this Narconon website  promises that drug dependence can be effectively treated, and withdrawal symptoms ‘handled’,  with the help of  family &/or friends in the patients own home . The only external support offered by Narconon is by telephone and email – and for only 30 days.

The website sells worthless (and potential dangerous) packs of ‘medicinal’ Vitamins and Minerals which are required to undertake the “free” programme. These cost £150 ($248.75) for a weeks supply – and are supplied through the mail.

It is difficult to believe that anyone would undertake such a potentially dangerous and irresponsible enterprise. Worse yet, the organisation that is offering it is registered as a charity, and receives tax concessions.

For full details, please read on…

Why is Narconon Doing This?

The “Self-help Withdrawal Programme” seems to represents a new strategy by the Church of Scientology to both reduce the cost to them of the Narconon programme, and sidestep the regulation of medical services in the UK.

While the overwhelming majority of the website assures people that they can detox at home another section  observes,

[…] you need to know that this program is not a medical or health program. It is designed to help you learn more about the causes of alcohol and drug addiction, why you took them in the first place and give you some recovery methods that you can apply (together with a drug free and sober family member or friend) to assist you (self-help) through the withdrawal.

If recovery goes well (or seems to going well) Scientology will take the credit (and exploit the opportunity to recruit anyone involved for Scientology). If it goes badly, Narconon will state that they were only offering advice and support – then blame the victim for not following the programme.

The danger is that this programme will attract people who do not want to risk their drug problems being made public by attending a clinic for treatment. If they are badly treated, they are unlikely to make an official complaint for the same reason.

Even if victims do complain to authorities, evidence of wrong-doing will be hard to come by – significant events will have taken place behind closed doors, and the only interactions of the Narconon ‘advisers’ will have been through emails and telephone calls.

If this approach proves successful, it could be easily expanded and offered in other countries.

What Does the ‘Self-help Withdrawal Programme’ Consist Of?

According to the website, the  “Self-help Withdrawal Programme” is a DIY version of Narconon’s residential treatment, which  consists

of three Scientology practices and the reading of Narconon literature (presented as ‘course material’).

This is made explicit by their inclusion of L Ron Hubard’s book “Clear Body, Clear Mind” in the ‘course materials’ for sale

In the DIY version the sauna and the training routines are dispensed with, and friends/relatives are given instructions on how to apply the ‘touch assists’. Vitamin and mineral packs are sold in an online shop, and delivered by mail. These currently cost £150 for a weeks supply.

‘Daily Support’ is provided by a medically unqualified recovering heroin addict based in Scotland. She performs this service by telephone and email –  for only 30 days.

The domain name getoffdrugs.org.uk  was registered in September 2012  for four years by “Narconon Scotland”. The website was last updated on the 19th of August 2014, so it is still maintained. The registered address (verified in 2012)  is:  The Whitehouse, West Linton, Scottish Borders,  United Kingdom EH46 7EA

Narconon Scotland is a limited liability company which is registered as a charity. The company registration details show it to be situated in a modest terraced house in another part of Scotland (full details here).

This is where things get complicated… although they are both part of the UK, Scotland and England have slightly different laws and administrative practices (like US states). While Narconon UK is registered with the Charity Commission in England, Charities in Scotland are registered with the Office of the Scottish Charity Regulator (OSCR). Their charity number is SC033877.

The details registered with the OSCR for Narconon Scotland are interesting: 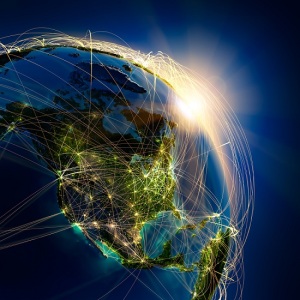 This company has begun to sell a ridiculous (but potentially dangerous) DIY ‘home drug rehabilitation’ treatment online, throughout the UK, using only the Narconon name.

In theory, Narconon UK and Narconon Scotland are separate entities. However, they both pay licensing fees to Narconon International, which is a front group for the Church of Scientology – so in practice they are both wholly controlled by Scientology.

Their combined (tax-free) income goes to the Church of Scientology via licensing fees paid to Narconon International and money paid to them for ‘teaching materials’ and ‘vitamin/mineral packs’. This would explain why Narconon UK’s income and expenditure are always closely matched – all of their profit goes to The Church of Scientology.

The website http://getoffdrugs.org.uk is operated by Narconon Scotland. However, a different (and redundant) web address has been provided to the regulating authority for Scottish charities, and the name ‘Narconon Scotland’ does not appear in the website content.

This raises the suspicion that Narconon Scotland is deliberately concealing its identity because the Church of Scientology knows that the ‘product’ offered by them is potentially dangerous. However, if the activities of Narconon Scotland were to attract controversy (or the company lost its charitable status) the Church of Scientology could wind it up – and still have Narconon UK in play.

There is a danger that, if this irresponsible and potentially dangerous programme proves successful in the UK, the Church of Scientology will attempt to offer it in other countries, to replace the income from the residential Narconon programme (which is now in serious legal difficulties in the US and elsewhere).

Edit (one hour after posting)

If you are in the UK and have a facebook account you can test this by writing: http://getoffdrugs.org.uk into an update (and then deleting it).

The screenshot to the left shows the advertisement that is added (click to enlarge).

This is likely a paid advertisement, which increases my concern that this potentially dangerous scheme is going to be heavily promoted in the UK.

One thought on “Narconon in the UK – Part Two”