Recently, Scientology applied for planning permission to renovate the old hotel they bought almost a decade ago and open it as an Ideal org. For the details, please see yesterday’s story.

The UK planning process requires applicants to submit detailed informtion about their proposals. These might be to erect a new building, modify or renovate an old one, or change the permitted use of a building.

This even applies to Scientology who have been careful to retain Paul Butler Associates a firm of  consultants who specialise in managing planning application insure they are granted.

These documents provide a useful insight into Scientology’s furture plans. They are available from the Plymouth City Council Website, and will be mirrored here, soon.

I would encourage readers to comment below, or email me through the feedback page if they find anything interesting in them. This thing is happening in my town, and I will follow it’s progress in great detail over multiple posts. Links are given to multiple documents after the break

The application is recorded on two separate webpages.

This page record the application for external signs. To my mind, these make  the place look as if it was decked out for some kind of nasty political rally.

This is the meat of the application, which includes floor plans of the finished job.

Why Has this Taken So Long?

I will examine the details of the submitted plans in a future post, and would welcome comments about them. You can do this in the comments section below, or email me through the site’s feedback page.

For this post, though I think it’s worth pointing out that the details of this project has been more-or-less finalised for years. They could have started work less than a year after buying the building.

I first spotted an early version of the rendering, which has significant differences to the one recently presented, in November 2016. This was created to support the earlier application, which was allowed to lapse. However, information from an ex-member suggests that plans and rendering were used to raise money since they were prepared, which was, in fact, shortly after the purchase of the building in 2010.

This 2016 rendering is shown below. As I  noted in my previous post about this planning application, the razor wire atop the Royal Dockard wall has been erased. This is not likely to happen in reality.

This is the rendering used to support the most recent application 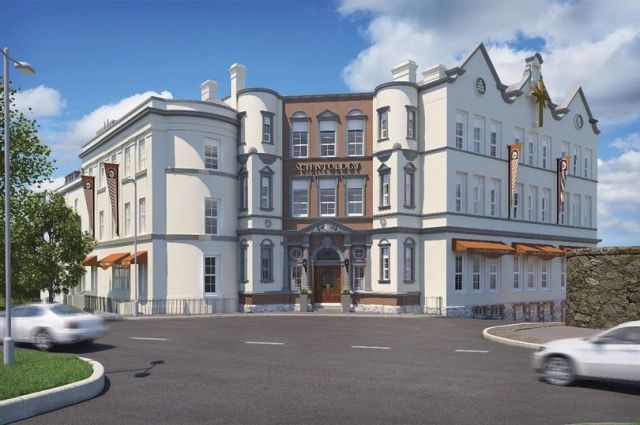 There are a few significant differences, which are likely due to discussions with the planners.

The entrance area now seems to be faced with contrasting red brick up to the roof. The garish and in-your-face Scientology cross has been relegated to the side of the buliding and is now smaller, darker in colour –  and much less prominent.

The awful awnings and banners remain unchanged. I seriously doubt the practicality of such things. The river Tamar runs not far behind the building, and the high winds that travell unimpeded along it have always been hard on this building. They are unlikely to survive gales, and might spend most of the year in storage.

Once again, here is the place as it looked recently.

From a distance, it doesn’t look too bad. However the slideshow of images that appeared in yesterday’s posts illustrate how badly maintained the exterior is, and the planning application itself admits that the roofing is in a terrible state, allowing water to run down the internal walls.

This has resulted in serious damp and mould inside. The residents have been forced to leave windows open to try to ventilate the area in good weather. Those high winds have apparantly taken them by surprise, however and one of the windows at the front is now in a dangerous condition.

This old-fashoned design of window pivots about rotary hinges situated two-thirds up from the bottom, so they should hinge outwards (like modern loft windows) when open. .

One hinge has evidently come away from the frame and the window is only held in place by the other, which must be twisted and damaged. That’s all that holding it in place. A good gust might blow it into the building, or possibly build up pressure behind it causing it twist and fall outwards.

This danger has been reported to the Council who have not yet replied with a report of the action taken.

Again, Why has This Job Taken so long?

The answer that would be given by most ex-Scientologists is that taking their time enables the Church of Scienotlogy to maximise the amount of money that can be raised from members. The Church  literally has at least a billion dollars in cash reserves, but requires its members to spend years raising money for their new facilities – almost a decade, in this case.

Incidentally, when the place was bought it became the property of the Church of Scienotlogy International. The Scientologists who paid so much towards it have no ownership stake in it whatsover.

You can see evidence of hard-sell fund-raising over the years in the modest org that they occupy at the moment.  First a Union Flag appeared on the wall overwritten with the text “Plymouth is Going Ideal” Recently, huge framed versions of the renderings of rooms and facilities were put it in the org, covering almost all the wall area of the public-facing area.

An ex-member tells me that fund raising was constant and agressive. This is supported by the just looking through the window.

There are larger versions of the slideshow pictures below. 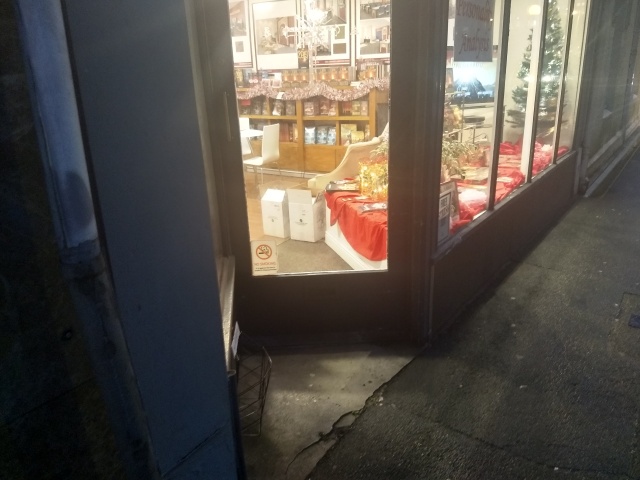 Pictures of the Ideal Org Interior on the wall

Just in time to fund-raise for Christmas 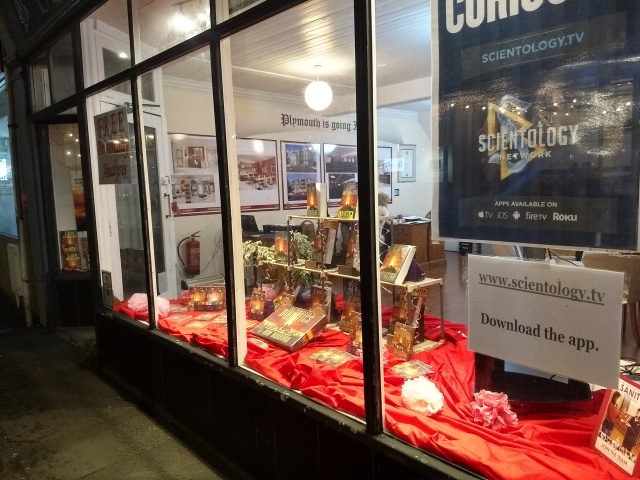 And still there today