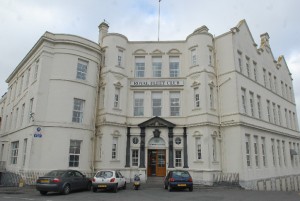 Despite unrealistic promises about restoring this building and staffing it, four years later, the Church of Scientology has done absolutely nothing, and the structure is beginning to crumble. 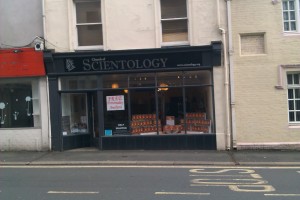 The real home of Scientology in Plymouth.

Today, the windows remain firmly closed. After a succession of hot summers, followed by extremely wet winters, the unoccupied interior (especially the rooms in the core) must be suffering from the effects of damp.

In the meantime, the Scientologists of Plymouth struggle to pay the rent for the modest premises they currently occupy (image right)

Today, the local press finally noticed the four year delay, and published a story about it. Unfortunately, they do not seem to have bothered to actually visit the place.

Instead, they briefly interviewed a Church of Scientology spokesperson and reported her claims without further investigation. Consequently, the story is full of cringe-worthy inaccuracies. END_OF_DOCUMENT_TOKEN_TO_BE_REPLACED