This programme is the second in the “Dangerous Persuasions” series which deals with Scientology. The first was, “My Eternal Contract“. Broadcast in 2013, this was a dramatisation of Nancy Many’s 2009 memoir “My Billion-Year Contract“, a book in which she describes her 27-year involvement with the Church of Scientology.

This programme treats the experience of Mark “Marty” Rathburn in very much the same style – it begins with his recruitment (which he presents as motivated by a desire to learn how to help his mentally ill brother).  It then covers his rise to the position of right-hand man to the present ‘leader’ of the Church, David Miscavige  – and his fall from grace (he is attacked by Miscavige, and then effectively imprisoned in a Scientology compound) . Finally it presents his dramatic escape on a motorcycle, by accelerating through a security gate as it is closed after a  car.

Subsequently, Rathburn has been the subject of extraordinary persecution by members of the Church of Scientology. One of the more blatant episodes is documented in the programme “Scientologists at War“which was broadcast in 2013. This persecution is presently the subject of a court case, in which Church of Scientology has argued that this behaviour is an expression of religious belief protected by the first amendment to the US constitution.

END_OF_DOCUMENT_TOKEN_TO_BE_REPLACED

“America’s Book of Secrets takes a look at the hidden origins, strict doctrine, secret language and celebrity allure of the organization and how it dominates the lives of its followers.

Raw Story’s Tony Ortega explains the draw and appeal of Scientology that allows them to recruit new members and keep their coffers full”.

Financed by an ex-Scientologist, and featuring cameo roles by prominent critics, this (relatively low-budget) independent feature film presents a fictional version of the history of the Church of Scientology by… changing the names of everything:

This is not a great film (for various reasons given below).  It deserves exposure, however, because of the astonishing way in which it was suppressed.

“The Profit” was to be released at the same time as the Church of Scientology was appearing in court, accused  of causing the wrongful death of Lisa McPherson . The Church claimed that release of the film may influence the jury in that case, and  should be delayed until the trial was over.

In 2002, US  Senior Circuit Judge Robert E. Beach agreed. However, he did not stop there. In an absolutely unprecedented move, he crossed out the proposed language limiting the scope of the injunction to the geographical jurisdiction of his court so that it applied worldwide.

The Lisa McPherson case effectively ended in 2005, and the injunction was lifted in 2007. However, in the intervening time, the company formed to make the film had derived no revenue from it,  and  the Church of Scientology had seized effective control of it. Unsurprisingly, it has never been released. Consequently, the “Disinformation Book of Lists”, and the British newspaper “The Times” characterise it as a ‘banned film’. END_OF_DOCUMENT_TOKEN_TO_BE_REPLACED 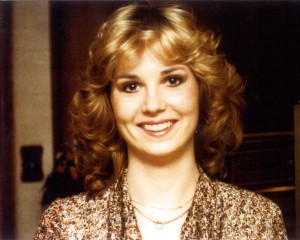 The death of Lisa McPherson is a crucial event in Scientology’s history. After being declared ‘clear’ (apparently by the by the current leader of the church of Scientology, David Miscavige) she suffered a psychotic break – after a minor car accident, she took off all her clothes and wandered down the road in a confused state.

She refused medical treatment (Scientologists are taught to fear psychiatrists) and was instead subjected to a Scientology procedure, the ‘Introspection Rundown’ which is is described here (and is available for download)  in another post.

Critics suggest that the cause of her death was neglect and dehydration, the result of a collision  between the demanding reality of caring for a person undergoing a psychotic break, and the rigid requirements of Scientology doctrine.

These three links provide a overview of events, and explain the wider implications of this tragic an unnecessary death.

END_OF_DOCUMENT_TOKEN_TO_BE_REPLACED

The ‘Introspection Rundown’ is Scientology’s ‘treatment’ for a psychotic break.  It consists, basically, of locking a person away and not talking to them until they calm down.

This procedure was tragically applied to Lisa McPherson a Scientologist who suffered a psychotic break and was subjected to an ineffective ‘isolation watch’, as laid down by Hubbard in the ‘Introspection Rundown’ document.

Critics argue that, despite the fact that this treatment was demonstrably not working, the Scientologists who were trusted with her care continued to apply it until her condition deteriorated and her life was at immediate risk. Only then did they seek emergency medical care. Lisa McPherson died, and her body showed evidence of extreme physical neglect.

Hubbard’s introduction to the document is quoted below. It illustrates a number of characteristic features of his writing about Scientology: END_OF_DOCUMENT_TOKEN_TO_BE_REPLACED

The place to go to download and read many of the documents / recordings that the Church of Scientology does not want to be available to the public. These include:

The Church of Scientology has worked hard over the years to suppress many of the documents listed here by a variety of means – including the abuse of copyright and trademark law, and extra-legal dirty tricks.

Please note:  these files can only be downloaded via a Bittorrent client, and it take considerable time for some of them to become available.  The  “Secret Scientology Texts and Media” section of this site offers many of the same files (and faster downloads). If you are interested in any of the Wikileaks files, check there first

Koppel sent six months persuading Miscavige to  give this, his first media interview. Despite the fact that Miscavige is reported to have prepared for every eventuality, the actual event was a calamity for him. Like Hubbard before him, he never gave another public interview. Even today, he only speaks in public when every aspect of the event is under his complete control. END_OF_DOCUMENT_TOKEN_TO_BE_REPLACED

Scientology Books and Media
Create a free website or blog at WordPress.com.